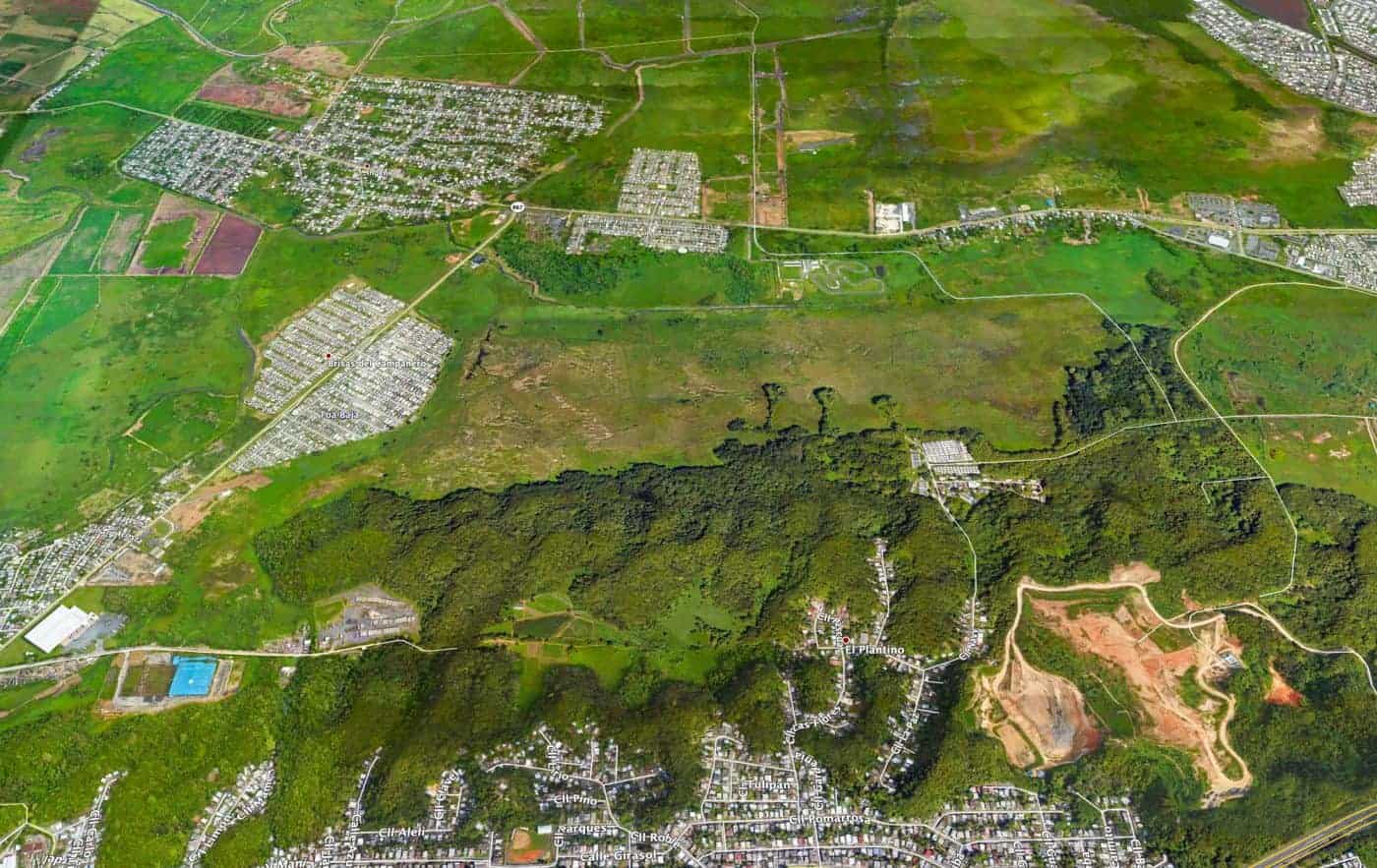 “Green infrastructure is the system of natural or green spaces and bodies of water” that sustain the different species of flora and fauna; ensure the functioning of ecological processes; maintain water, air and soil resources; and contribute to the health and quality of life of individuals and communities.” (Juncos Gautier, 2007, p.10)

The green infrastructure studies and implements the processes of nature, such as measures for natural resources management; in this specific case, water management. It is the interaction of vegetation and soil, which work collaboratively to offer multiple services to human beings. This not only has direct effects on water quality, but also provides biodiversity, improvements to the soil structure and reduction of heat islands, among others.

Development of the green infrastructure plan for the Estuary basin

This is the plan that we will follow in coming years. Green infrastructure projects for the management of runoff waters in the San Juan Bay Estuary basin will be implemented. Through collaboration and consultations with different sectors that have inherence in the public-private and community issue, we will propose impact projects. These will be done in places that, through participatory mapping and field visits, are identified as “priority zones.”

The main objective of creating an Urban Forest Network is to improve water quality and promote recreational, passive, scientific and educational activities in urban forests, which are an important part of the green infrastructure network in the SJBE basin.

Urban forests help improve water quality. In an urbanized watershed, such as the SJBE study area, where the continued development of hard and impermeable surfaces has been the norm, urban forests have a very important role to play in improving water quality.

One of the most important types of green infrastructure in urban areas is urban forests, which go beyond the limited space of a wildlife garden or rain garden and often span several land areas.

The PEBSJ established an Urban Forests Network, with the goal of promoting recreational, passive, scientific and educational activities and that seeks to expose the green area to citizens who come to visit the Estuary, providing or allowing continuous educational trips to each of the forests.

A “passport” was created for the children, so that they can obtain a stamp in each of the urban forests they visit.

The PEBSJ also seeks to increase the resources available for each urban forest, so that they can expand their programming. It has also developed several criteria to choose Network locations. These are:
1) The forest is managed by an identifiable organization or a community group
2) The forest has boundaries
3) The forest has previously been identified as a green area, park or forest
4) High ecological value 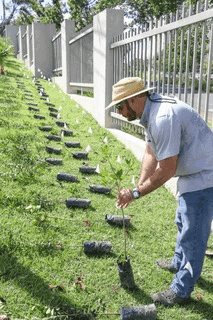 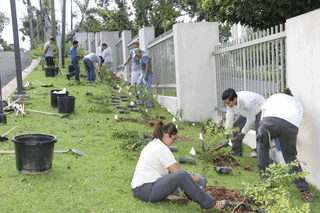 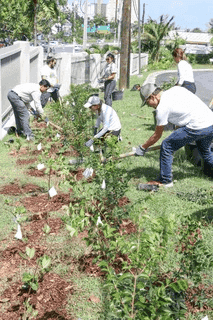 With this project we have taken on the task of creating a database of potential abandoned places. The purpose is to develop them through the use of various green infrastructure strategies. Another of our objectives is to support organizations interested in developing abandoned locations through the use of green infrastructure and citizen participation.

Reforestation is the process of replanting trees and plants, usually in places where there used to be forests.

What has to happen to make the reforestation process successful?

For reforestation to be successful, the following is essential:

1. Confirm that the type of soil, temperature and humidity are suitable for the plants and trees to be planted.
2. Sow those plants and trees appropriate for the location.
3. Select the most appropriate planting technique for the species and the location.
4. Care for plantings — especially at the beginning — when they most need water and fertilizers.
5. Give it continuous maintenance. The reforestation’s success depends on that.

Why are forests important?

The importance of forests lies in the multiple benefits they provide; for example:

1. They cool off the city and improve air quality, since they act as filters.
2. They oxygenate the atmosphere, while reducing greenhouse gases.
3. Increase water quality, because they filter pollutants in runoffs.
4. They add aesthetic value to the environment.
5. Create habitats for birds and other species;
6. They reduce noise.

Did you know that an adult tree provides the oxygen two people need each day? That it refreshes a room like 10 air conditioners operating for 20 hours? Moreover, it transfers 100 gallons of water daily from the ground to the atmosphere, which generates rain.

Why is reforestation necessary in Puerto Rico?

Due to the impacts of hurricanes Irma and María, the island’s reforestation is more important than ever. In the past, Puerto Rico was deforested to make way for agriculture and development. When intensive agriculture declined, the island began to reforest naturally.

What are the objectives of the PEBSJ?

Among them is the restoration of the mangrove forests that existed in the Condado Lagoon and San Juan Bay. To get this done, the PEBSJ has developed novel mangrove planting techniques that have been recognized and used to restore mangroves in Puerto Rico and abroad.

What other effort does it carry out for the reforestation of the estuary?

The PEBSJ performs a novel coastal planting based on Spartina or salt grass to restore and create sand dunes on the beaches.

Why restore the mangroves?

Because they are natural barriers that protect us from the strong waves and swells caused by hurricanes and storms. Mangroves help avoid coastal erosion, as their roots trap sediments. This creates new shorelines. On the other hand, the red mangrove’s submerged roots are the nursery of the sea. So much so, that more than 80% of marine species spend their juvenile stages there, as they provide them with food and protection.

What problems does reforestation face?

The main problems or challenges of reforestation are the maintenance of long-term plantings and protection against vandalism.

The results and benefits of protecting green areas and improving runoff management are the following:

• improvement of the basin’s water and air quality;
• development of additional recreational spaces;
• more efficient land use through improvements in soil structure to support infiltration processes;
• flood mitigation (support for natural flood control systems such as wetlands, bodies of water and dune systems);
• control of erosion and sedimentation processes in water bodies;
• protection and restoration of wild fauna and flora habitats (increase habitat spaces for biodiversity);
• reduction of sewer overflow events;
• reduction of energy costs, since urban trees help to reduce temperatures in urban areas;
• establishment of urban greenways with pedestrian and bicycle access;
• reduction of the heat island effect (excessive heating of built areas); and,
• Creation of attractive roofs and green urban landscapes that improve the city’s habitability.

The San Juan Bay Estuary Program is a 501c3 nonprofit corporation that designs, implements and tracks restoration actions to improve water quality and associated ecosystems within the San Juan Bay Estuary system and its basin. The program involves citizens, visitors and tourists, and is associated with the governmental, private, scientific, academic and community sectors.