The Enea Project (2019) consisted of a season of workshops dedicated to learning about the Enea plant (Typha domingensis) and using it to create handcrafted products. Residents of the communities surrounding Caño Martin Pena were encouraged to visualize the economic viability of this plant, readily available throughout their surroundings.

The artist Jomary Ortega facilitated the workshops, together with the artist and resident of Barrio las Monjas, Malcom Ferrer. They began with the identification of the Enea habitat, its harvest and drying process. The material (Enea) is re-moistened to start its manipulation, working fine and gross motor through various weaving techniques: needlework, braiding and warp and weft interleaving.

This plant, although considered a pest, also has positive uses such as the possibility of being able to oxygenate and filter gray water, as well as its manipulation into various artisan products. The artist’s intention was to share knowledge about its preparation, inspire to create products that can later be sold in the Mercado de Barrio Obrero, for example, and with the continuous use and harvest of it, to ameliorate the problem of obstruction to the flow of water in some bodies of water within the San Juan Bay Estuary basin. The workshop participants were of various ages, very curious about the plant and eager to share stories about the Barrio and the Martín Peña Channel.

“The exchange of knowledge that took place with people of different ages was an enriching experience.” – Jomary Ortega 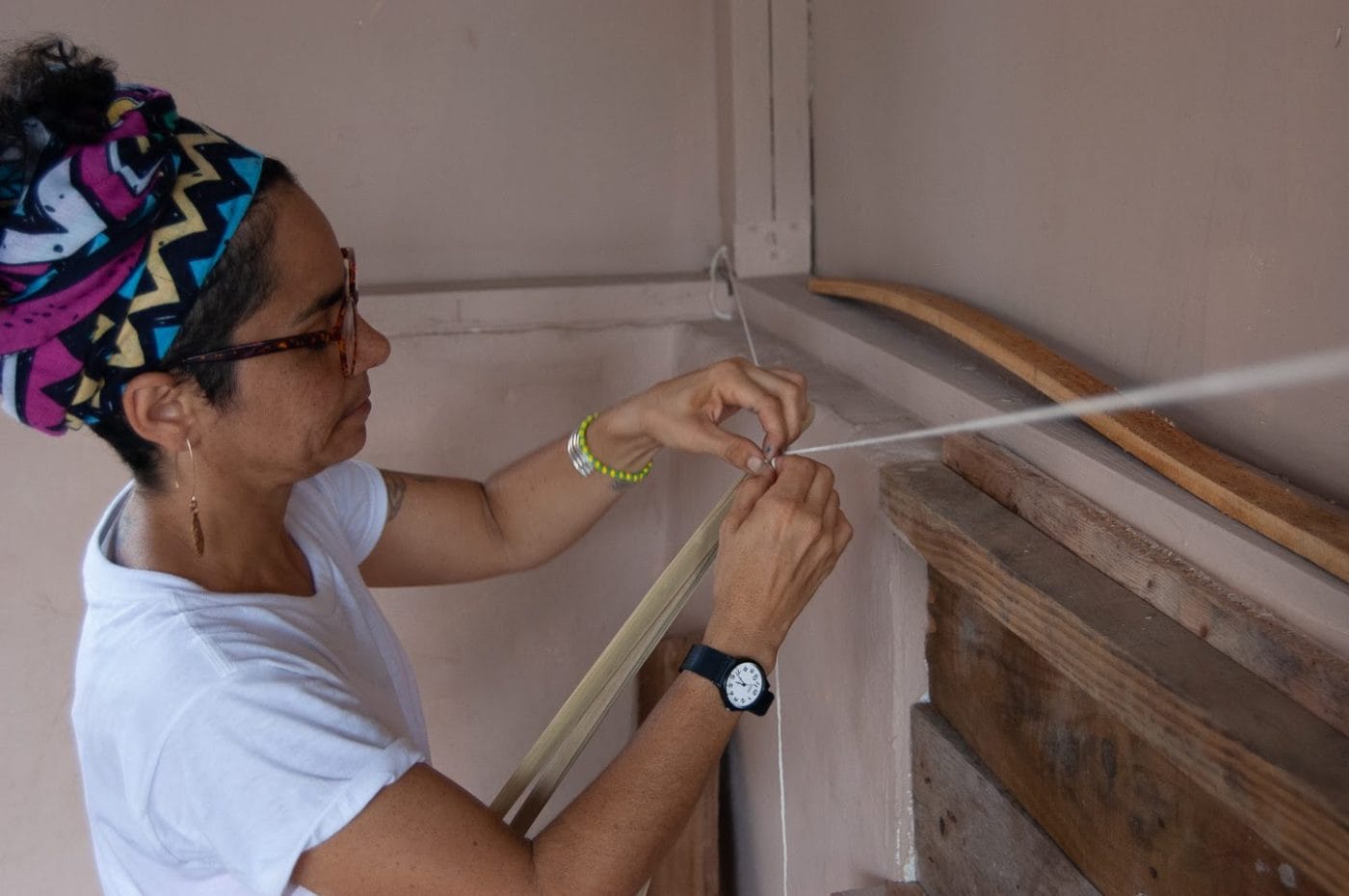 Jomary Ortega was born November 9, 1980. She obtained her Bachelor of Arts at the University of Puerto Rico, Río Piedras Campus in 2003. Later, she obtained her Master’s Degree in Artistic Production at the Polytechnic University of Valencia in 2010. She currently works with natural fibers, fabrics, assembly, painting and drawing.